We are humans and we demand human rights! – argued Kazimiera Bujwidowa, an advocate for the woman's right to enter into universities.

Let us dare to be free! – encouraged Maria Dulębianka, the first female candidate for the Polish parliament back when women had no voting rights.

We want all there is to life! – exclaimed Zofia Nałkowska as she demanded equality both in political matters and in relation to social customs.

No differences between the sexes! – demanded Paulina Kuczalska who was called the popess of feminism, and not without a reason.

They fought for their rights in a non-existent country. They were told: It's not the time for women's rights! But they rejected the idea of independent Poland without independent Polish women.

Fightresses, patriots, activists, soldiers, suffragettes - they are the protagonists of the dramadoc „Strong women” („Siłaczki”) about their year-long fight for the woman. Because – as Zofia Daszyńska-Golińska exclaimed in 1911 during a march of emancipationists held in Krakow: Rights are never granted! Rights have to be seized! 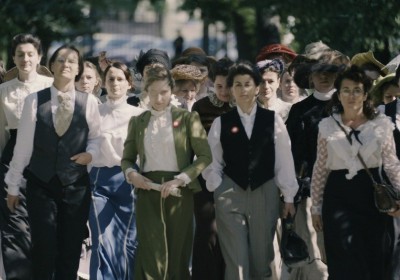